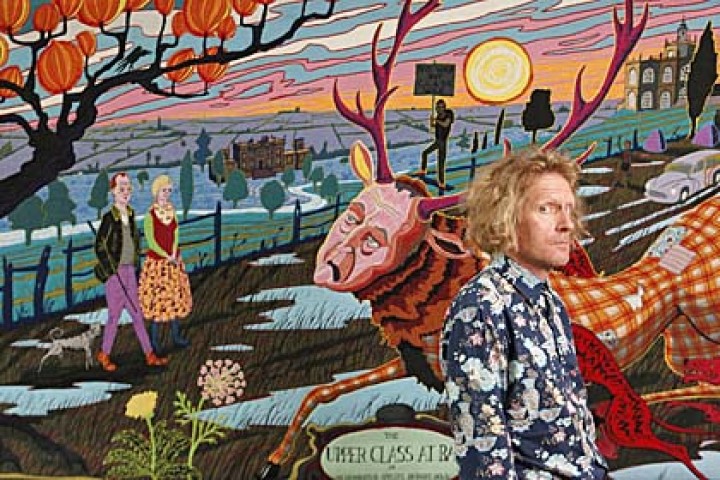 English artist, Grayson Perrry was born 24 March 1960. He is known mainly for his ceramic vases and cross-dressing. Perry’s vases have classical forms and are decorated in bright colours, depicting subjects at odds with their attractive appearance. There is a strong autobiographical element in his work, in which images of Perry as “Claire”, his female alter-ego, often appear. He was awarded the Turner Prize in 2003.

He lives in London with his wife, the author and psychotherapist Philippa Perry. They have one daughter, Florence, born in 1992. In 2015 he was appointed to succeed Kwame Kwei-Armah as chancellor of University of the Arts London.

And just amazing work. Here are some… 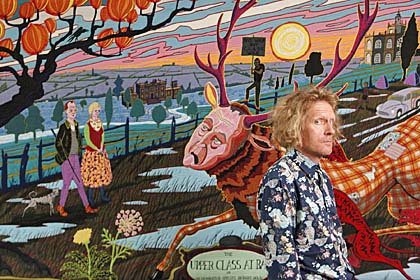 To HELENA ZEDIG – Southbank Centre
Short term license (ending 31/03/ 2013) for one or two out of 4 sent pictures of Grayson Perry.
(c) Rii Schroer – www.riischroer.com
Grayson Perry at the Victoria Miro Gallery where his new exhibition: The Vanity of Small Differences is taking place from tomorrow onwards. London, UK. He is pictured in front of: The Upper Class at Bay, 2012. Tapestry, 200 x 400 cm.
06 June 2012 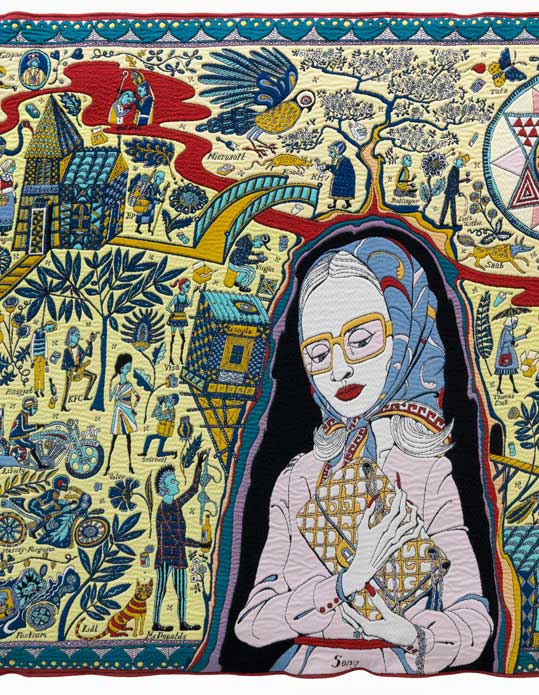 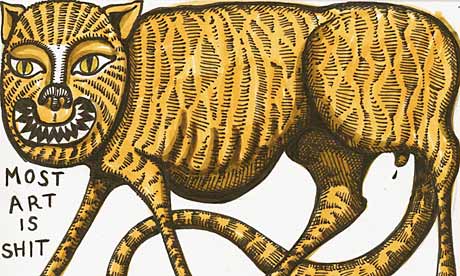 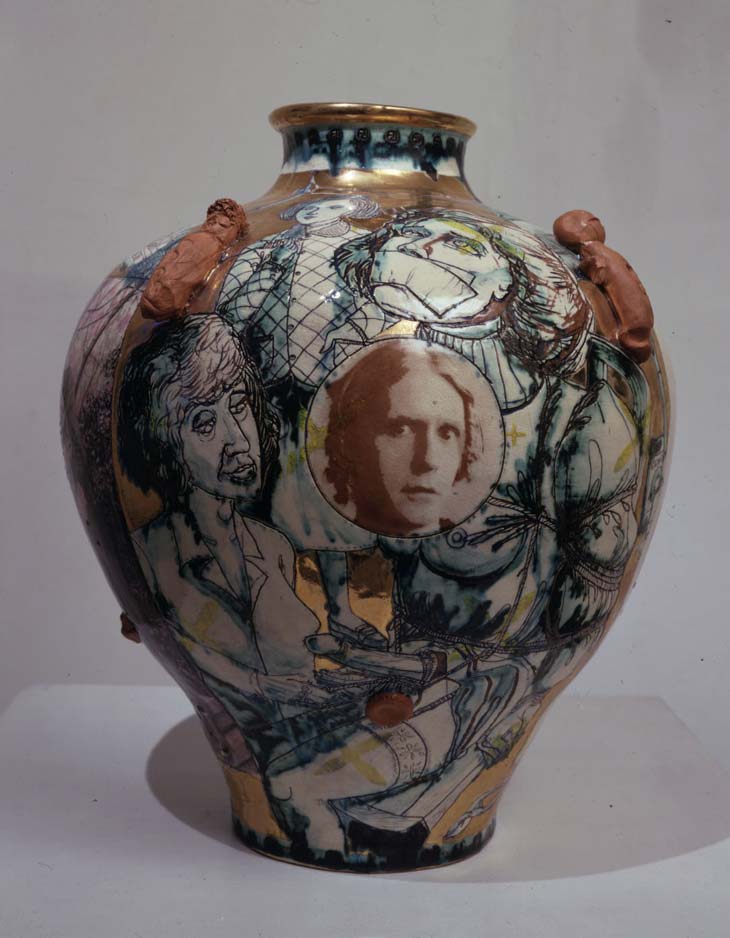 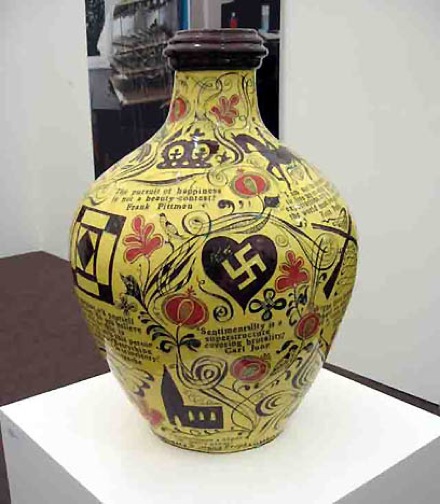 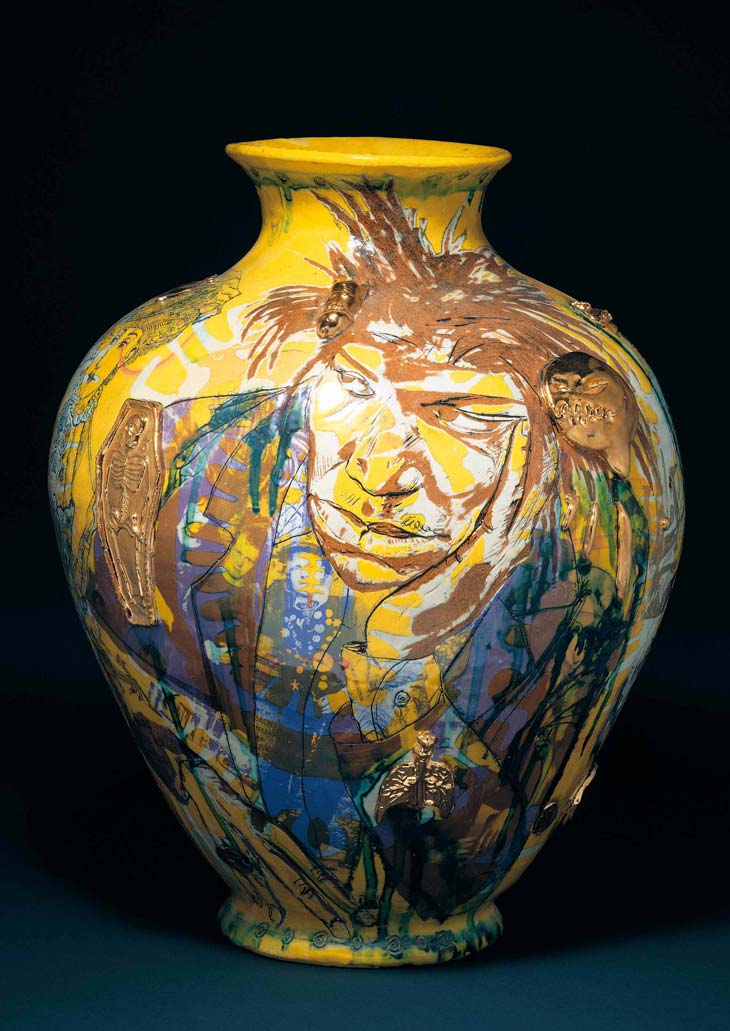 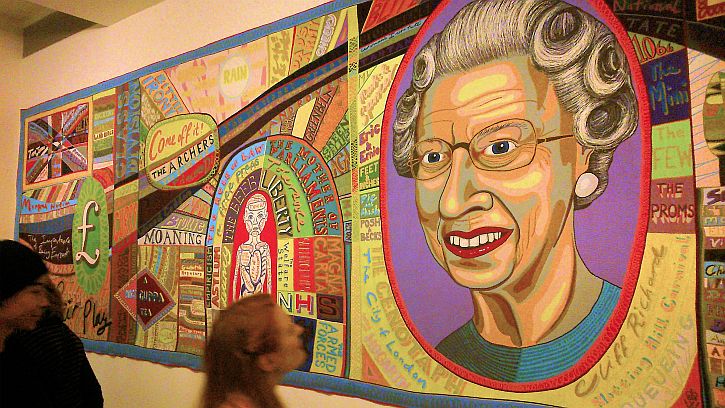