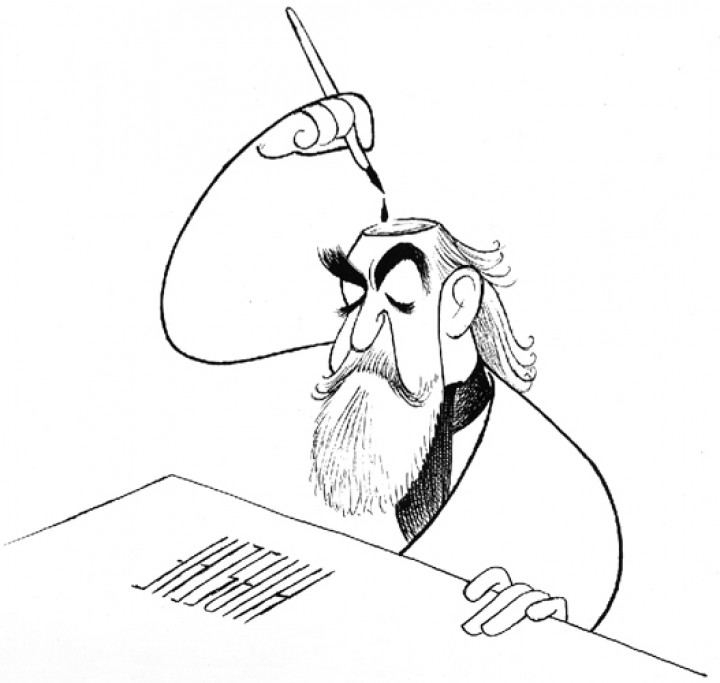 An extraordinary artist. Born 1903 he died at the age of 99 in 2003. He started young and continued drawing to the end of his life, chronicling nearly all the major entertainment figures of the 20th century. During Hirschfeld’s nearly eight-decade career, he gained fame by illustrating the actors, singers, and dancers of various Broadway plays, which would appear in advance in The New York Times to herald the play’s opening.